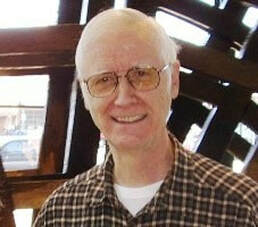 Tom Mach was president of two chapters of the California Writers Club and one district of the Kansas Authors Club. He wrote three popular historical novels, Sissy! All Parts Together, & Angels at Sunset, all of which won awards. Tom was nominated for a Nobel Prize in Literature in 2012 for Angels At Sunset by a liberal arts teacher at Albertus Magnus College. His other works include children’s books (The Invisible Twins and The Adventures of Homer the Roamer) and three poetry books, one of which won the Nelson Poetry Book Award (The Uni Verse, The Museum Muse, and So Runs the Water).  Tom was a top ten finalist for the Writer’s Digest Awards poetry competition. He received the Jack London Award in 1989 from the California Writers Club and the Lifetime Achievement Award from the Kansas Authors Club in 2014.In addition, he has given writing workshops in Kansas, Ohio, and California. He is also a former editor and newspaper columnist.
Tom's Latest Book: Poetry Collection
I also earned 9th place in a field of thousands of in an Annual Writers Digest Poetry Contest. The 2018 Kansas Poet Laureate, Huscar Medina, was so impressed by one of my longer poems, he read it aloud to large audiences. One of my poetry books received the Nelson Poetry Book Award.

My poetry includes haikus, rhymed verse, unrhymed verse, sonnets, odes, ballads, lyrics, and one sestina. Poetry themes range from the humorous to serious, from secular to religious, from children’s verses to those enjoyed by adults. Enjoy!